Moran’s Kids’ Lit Quiz Teams competed last night. There were 31 teams in last night’s heat and the top three teams advanced to the US Finals.

We had two teams finish in the top 10. It was tough competition. The team that took first place was from Virginia and only missed 11 out of 100 questions all night. They are the team that won the world finals in Singapore last year.

Tied for fifth place – Team 3 (Jack Angelastro, Jack Cerrato, Alex Miller, Richard Yeung)
Jack Angelastro also won a $5 question (questions that are asked in between rounds while they are scoring them).
They won the top score of a category and each got a book. They were the only team all night (out of 31) to get the maximum points of 20 for their doubles
category.

Tied for sixth place (1/2 point behind team 3) – Team 1 (Gabriella Cozzi, Irelynn Marshall, Cole McDonnell, Katie Russell)
They won for top score of a category and each got a book. 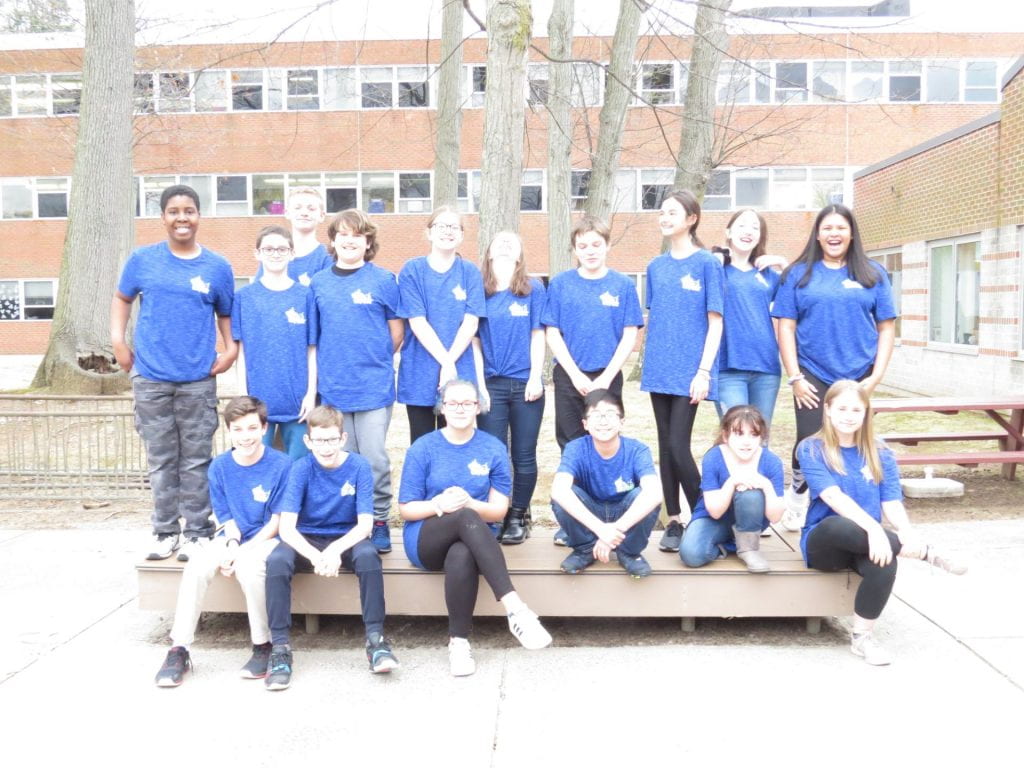 The Moran girls basketball team won their 10th game of the season by defeating Lincoln of Meriden 55-18. Eleven different players scored in the game. Moran’s pressing defense did not allow a basket until 2 minutes left in the half. The JV team also won by a score of 28-2. All 10 players scored for Moran. Both teams improve their record to 10-1. Out next game is away on Friday, against Dodd. Come out and support the team.

The Moran girls basketball team beat DePaolo of Southington by a score of 55-42. Olivia Cassesse led all scorers with 25 points and the remainder of the offensive attack was split between 9 different players. The girls played hard and kept their composure during some very tense moments in the game. They improve their record to 9-1. The JV team improved their record to 9-1 as well. Logon Dubuc led the scoring with 6 points followed by Megan Wresien with 4. Final score was Moran 14 and DePaolo 2. Our next game is at home, on Monday, against Lincoln. Come out and support the team.

The Moran girls’ basketball team came from behind to beat the Kennedy Eagles in overtime by a score of 44-43. Moran was behind through the first 3 quarters and was able to tie it up by the end of regulation and then win in overtime after falling behind by 5. Leading the scoring for Moran was Olivia Cassesse with 13 followed by Megan Wresien with 8 and Brooklyn Stanley with 7. Camryn Jambor hit a clutch 3 in the 3rd to get us back in it and Brooklyn Stanley hit her last second free throw to put us on top for good.

The JV team overpowered their opponent and won by a score of 25-8. Megan Wresien led the scoring with 19 but it was the passing that made us unstoppable.

Both teams improve their record to 8-1.

Our next game is today, at home, against DePaolo. Come out and support the team.

The Moran girls basketball team recorded their 7th win of the season by beating Thomas Edison Middle School 46-42. Leading the scoring for Moran was Olivia Cassesse with 15 followed by Megan Wresien with 7 and Brooklyn Stanley with 5. Seven other players on the team scored in the varsity game as well.

The JV team followed suit in their game and beat Washington 12-0. Ava Raffone and Logon Dubuc scored 4 each while Camryn Jambor and Megan Wresien also recorded points. The girls have a well deserved break and will play their next game on Wednesday against Kennedy of Southington. Good luck ladies.

The Moran girls basketball team came from behind to beat their cross town rival, Dag, by a score of 35-28. Leading the scoring campaign for Moran was Olivia Cassesse with 20 followed by Ella Dorsey with 7, Brooklyn Stanley with 5, and Jenna Wresien with 3.

The Moran JV team beat Dag as well. Ava Raffone, Bella Raffone, Camryn Jambor, Peyton Einhorn, and Julia Cassesse all played hard for the Mustangs and pulled out the victory.

Both varsity and JV improve their record to 6-1. Our next game is today against Edison. Good luck ladies.

The Moran girls basketball lost their first game of the season to DePaolo Middle School by a score of 47-45. The girls played hard but were out of sync and turned the ball over too many times. The girls had the chance to win down the stretch but could not make their free throws. Our next game is away on Wednesday against cross town rival Dag.

The girls JV team won their game against DePaolo. The aggressive play of Peyton Einhorn, Logon Dubuc, Ava Raffone, Bella Raffone and Julia Cassesse was just too much for DePaolo to handle.

The Moran girls basketball team improved their record to 5-0 with a 43-14 win over Washington Middle School of Meriden. Leading the scoring for Moran were Megan Wresien and Olivia Cassesse …but it was the physical play of Kaitlyn Bailey and Brooklyn Stanley that really pushed Moran ahead.

The JV team improved their record to 4-1 by beating their opponent 20-3.

The Moran girls next game is today against DePaolo. GO MUSTANGS!!!

The Moran girls basketball team improved their record to 4-0 with a win over Dodd of Cheshire. Olivia Cassesse led all scorers with 16 followed by Isabella Perno and Jenna Wresien with 6 each. The Mustangs strong defense and excellent rebounding are what really put Moran at an advantage. Final score was Moran 45 and Dodd 22. The Lady Mustangs next home game is this Friday against Washington Middle School…come out and support the team.